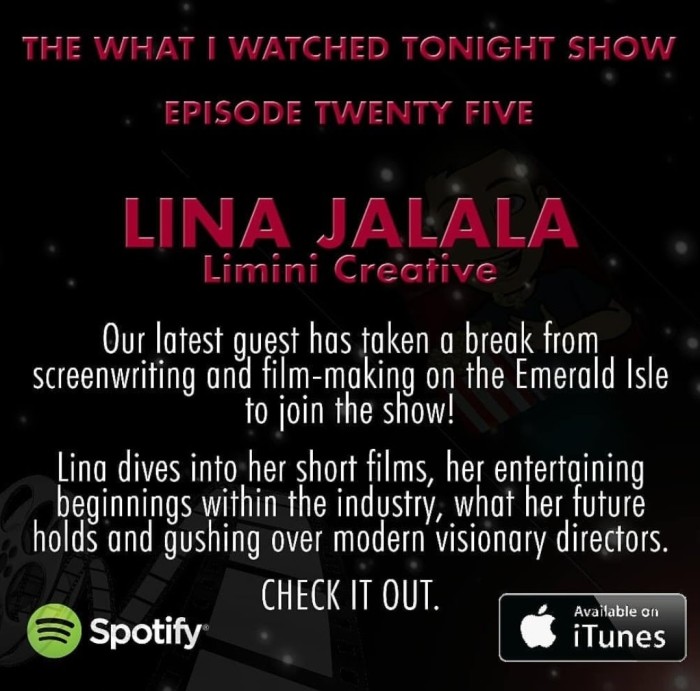 I’m pleased to share my very first interview as a filmmaker.

Check it out on What I Watched Tonight <– CLICK HERE

You can expect to hear about how disastrously “well” my first acting class went, how I got on filming short films “If I would have been back home” and “Hanna Wins”, also about who my favourite film directors are and why… 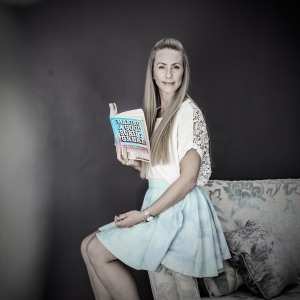 Confucius once said “A man should practice what he preaches, but a man should also preach what he practices”.

I’m taking the liberty to amend the quote slightly, to include all genders. So, it would go like this:

How about this now? I personally like it better and will be able apply it to myself with this post. Because… I’ve been one serious book worm for about a month now. Well, a writing maniac at first, and then a book worm. I’ll explain..

Also, a lot of work… I was dreading it for a long while, as my attention span is like… Well.. Short.. Can I consider myself a millennial if I’m 33 and I reach for my phone every time it vibrates with a notification? Switch the sound off already and concentrate Lina! Anyway, you see what I mean when I mention my attention span.. I’ve already deviated, haven’t I? Which proves that I’m a millennial, my theory is rock solid!

Don’t take that first draft as a precious document. Work and re-work and rework it until.. Well until I can say that I’m proud of it, and, I guess, get others to agree. And by others I mean industry professionals, not my mum.. Just wanted to clarify that. It’d be nice if she liked it too..

I was very fortunate to have some established industry professionals read my treatment and 25 pages of the sample script.

I need to learn more about screen writing and fail better next time (plugging in another quote here). But some feedback was very thorough and super motivating. So here I am, surrounded by books on writing, and being an enthusiastic book worm. Thought I’d quote some of the advices I have received here, maybe you’ll find them helpful (I certainly did):

With that feature screenplay and treatment, I was pushing toward a deadline to apply for funding. Doing 14-hour days. And I think at some point in that chase I got disconnected from my zone, that authentic place from where great work can be created. So, what I’ve taken from this experience, is that deadline is great, it keeps me motivated, but if it’s too tight, look for another one and give myself time and some breather space to write from the zone.

During this past month, I was resorting to a book called “Immortal Words” by Terry Breverton for some inspiration and motivation, that’s where I found Confucius quote. I have to say I found the practice of reading great quotes daily amazing.

It gave me a kick up my backside, to put it simply.

So, I thought I’d share a quote that had struck a chord with me and solidify its meaning into my life and my routine..